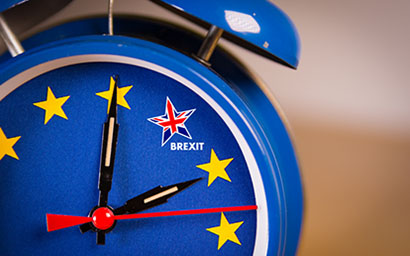 UK regulator the Financial Conduct Authority’s new chief executive Nikhil Rathi has been called on to ensure that equivalency is a key priority throughout ongoing Brexit negotiations.

Rathil, who was appointed as the FCA’s chief executive on Monday, joins the organisation from the London Stock Exchange. He has been hired following Andrew Bailey’s departure to the Bank of England earlier this year.

Although the appointment has been widely welcomed, it is potentially “leftfield” according to Mikkel Bates, regulations manager at data and tech firm FE fundinfo.

“Within the funds industry, clarity surrounding on-going regulations, particularly when it comes to equivalence with Europe post-Brexit, should be an immediate priority,” Bates said.

“UK-based funds will lose Ucits status and passporting rights, and more proportionality in things like MiFID II client reporting are needed. Additionally, foreign funds wishing to do business in the UK also need clarification on what they must adhere to, and when.”

Bates called on Rathi to use his experience in the forthcoming Brexit negotiations to ensure the UK’s equivalence is assured.

Meanwhile, Rathi - who takes up the post in the autumn - said he planned to "create a more diverse organisation, support an economic recovery, tackle climate change, and ensure the UK is a thought leader in international regulatory discussions".