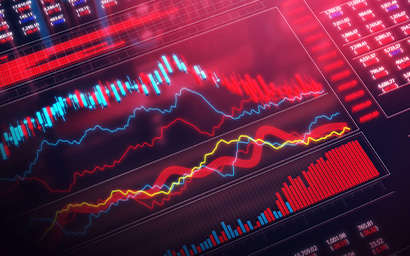 UK investment fund flows were the weakest in eight years as investors turned their backs on UK equity funds in 2022, selling a record £8.38 billion, research from Calastone has found.

Every month in 2022 saw net selling continue, resulting in the second consecutive year of outflows for UK-focused funds.

Three-quarters of equity fund losses were in the third quarter, the company said, aligning with then-UK Prime Minister Liz Truss' 'mini-budget' and the subsequent market upheaval.

Global funds continued to attract new capital, adding a net £4.87 billion on the back of popular ESG strategies. Global ESG equity funds attracted £6.35 billion, while those without an ESG mandate shed £1.48 billion.

The fixed income space attracted inflows of £2.89 billion for the year – significantly lower than the £7.07 billion inflow in 2021 when low-interest rates pushed bond prices higher.

But rising yields in the fourth quarter encouraged investors to add a net £1.67 billion.

Calastone noted that new investor capital into these funds would receive more income from interest than at any point in the last 14 years. The change in quarterly inflows may indicate that investors have begun to anticipate an end to the rate-hike cycle, Calastone said, and so positioned themselves for a potential bond-market rally.

Edward Glyn, head of global markets at Calastone, said 2022 was a "momentous year" and added: "The sudden flip by central banks from floods of liquidity and cheap money, to a barrage of rate hikes aimed at taming rampant inflation, turned asset markets upside down."

He said the large outflows from equity funds in 2022, without a corresponding increase in other asset classes, represented a "very large vote of no-confidence" among investors.

"Investors have sought out the safest havens they can find, taking refuge in cash and the perceived lower-risk fund categories," said Glyn.

But while investor sentiment has improved markedly in recent weeks, Glyn said there remains uncertainty over the future course of interest rates and economic growth worldwide.

"The expectation that the UK economy will suffer the worst recession among major economies has prevented the current burst of optimism spreading to UK-focused funds," he said.