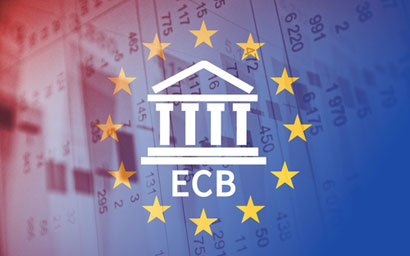 The move was an attempt to “regain credibility” according to Franklin Templeton’s head of fixed income David Zahn, but “the size of the programme is what we were looking for at the ECB” following the European bond market dislocation.

Over the past week, total new quantitative easing measures have now risen to €870 billion. This, Zahn said, should be enough to help calm government bond markets.

Did AI miss the coronavirus effect?

At Axa Investment Managers, the stimulus was also welcomed. The firm’s chief economist Gilles Moec said: “The euro has caught up with the US. Both legs of economic policy, monetary and fiscal, are now providing massive support.”

“The depth of the economic short-term shock still depends on how the epidemic itself is handled, but at least there is now a convincing policy apparatus to deal with the second round effects which could hamper the rebound.”

However, at NN Investment Partners the mood is somewhat different. According to the asset manager, the package falls short of a “large and lasting” response, calling the message from the central bank “vague”.

The ECB has stated that it is ready to deploy further monetary policy if the situation calls for it, while the Bank of England lowered interest rates for the second time in as many weeks, bringing them down to 0.1%.

Mixed reactions as BoE slashes rates in response to coronavirus

According to Moody’s, the spread of the coronavirus will hurt economic growth in many countries, and increase the risk of global recession.

“The decline in asset valuations, potentially exacerbated by client redemptions, will likely weigh on asset manager revenue and earnings in 2020. At the same time, the industry’s long-term challenges continue, including outflows from active funds and persistent fee pressure,” the firm said.

In terms of global share prices, however, there is a silver lining, according to Duncan Lamont, head of research and analytics at Schroders.

“In the short-term the experience has been incredibly painful, and may continue to be so,” he said.

“However, for investors with long enough time horizons, this turmoil may have thrown up a silver lining. Markets now trade on much cheaper valuation multiples. Every dollar, euro or pound invested today buys more shares than it would have done a few weeks ago.”