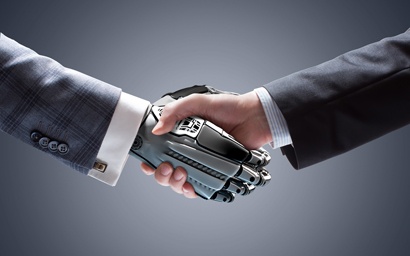 Expected to be fully operational by the last quarter of 2021, the hybrid robo proposition will see advice provided by a human adviser underpinned by digital technology. It will initially be targeted at existing clients before being made more widely available.

According to M&G, the service will streamline the time and cost of delivering advice and allow for “improved outcomes” for those seeking to invest or retire with smaller sums of money.

2020 was landmark year for robo-adviser Nutmeg

“There is no doubt that there is a large population of investors who would benefit greatly from financial advice but they perceive it to be inaccessible and too costly. This is at the root of the advice gap and something we are fully focused on addressing.”

The hybrid robo-advice service will be delivered through M&G Wealth’s existing advisers will be complementary to the wider support M&G plc already provides to independent financial advisers.

Sydney-headquartered Ignition launched into the UK market earlier in May, establishing new teams in London and Edinburgh, following on from the establishment of a Dublin presence in 2017.

Speaking about the partnership with M&G, Ignition’s chief executive for Europe, Terry Donohoe, said: “Our experience in Australia and the Republic of Ireland has shown us the value of this model to consumers and the potential it has to democratise financial advice. We’re excited to bring our tried and tested tech to the UK market with M&G Wealth Advice.”

The move has been called a “significant” step for both firms, as well as the wider marketplace, by Ian McKenna, founder of AdviserSoftware.com and the Financial Technology Research Centre.

“For an Australian fintech to win such a prestigious UK customer is clearly a great way for them to enter the market,” said McKenna.

“In a wider market context this shows that whilst it has taken time for automated decumulation advice to be developed it is now becoming an increasingly competitive sector.”

McKenna added that a number of other organisations currently in “stealth mode” are now expected to go public before the end of the year following Ignition’s and M&G’s announcement.

“This is becoming a highly competitive sector and will make financial advice affordable for millions more people over the next couple of years,” he concluded.