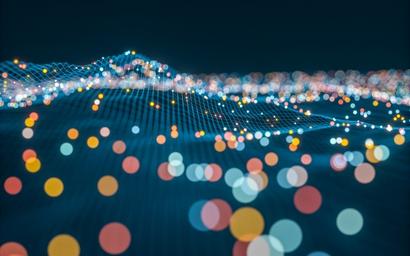 What does the future look like for financial markets when inflation is at its highest in several decades and governments grapple with high energy prices? This was the central question explored by James Pomeroy, global economist, HSBC, during his ‘macroeconomic outlook’ session at the 12th annual post-trade conference hosted by the International Securities Lending Association (ISLA) in London on November 1.

Pomeroy began his session by explaining that there are stable job holders with sufficient bank savings adopting the ‘saving-less-spending-more’ approach. On the other hand, lower-income groups characterised by low wages and worker shortages are witnessing wage growth. These have emerged as the two powerful drivers of consumer spending today, he stated.

Conflicting Opinions
The uncertainty sparked by conflicting opinions across central banks does not seem to be helping, Pomeroy points out, with striking the right balance in an economy being “key”.

Risks undertaken by central banks determine currency action, he added, and economies high on resilience need to be favoured: “Interpretation of data is more important than data itself and could have a pivotal influence on market sentiments.”

Income squeeze
EU and UK citizens are being hurt by the income squeeze more than their American counterparts, explained Pomeroy, caused by variable mortgage rates. 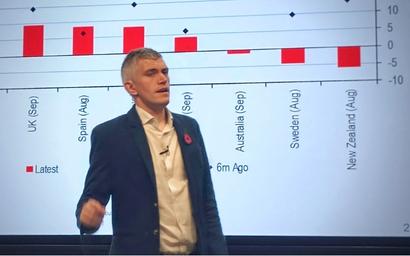 For instance, many average UK households whose mortgages renew next year will incur additional expenses worth £350-500 per month. “Uncertainty breeds defensive behaviour. Under such circumstances, people are likely to curtail discretionary spending and save more,” he added.

The housing market sector doesn’t leave much room for hope, rued Pomeroy, as prices plummet due to weaker affordability. However, healthy labour markets and consumer balance sheets are showing signs of cautious optimism, with consumer spending now “robust” and some parts of the world faring better.

China’s prosperity
Disruptions in China’s property market – expected to affect the GDP by 6% in the worst-case scenario – could lead to a recession. We are expecting post-pandemic reopening in China to resume in full swing from 2023 or 2024 onwards, Pomeroy says: “The west witnessed a spending boom when the world opened up post covid. If trends are to go by, a 30% increase in Chinese spending could be expected at some point in the upcoming days. This would mark an enormous upside risk in the global economy."

Finally, child-free living, induced by the cost of living crisis, is another important demographic trend in the western world, detailed Pomeroy.

Further details of the conference can be found on the ISLA website here.