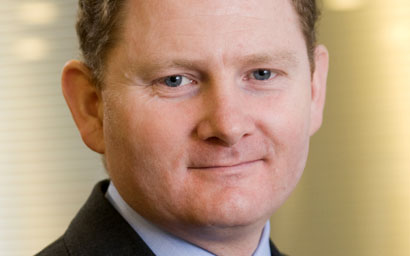 European Fund Administration (EFA), the Luxembourg-based firm that does exactly what its name says, has hired a trio of specialist fund administrators in the first significant move of Noel Fessey (pictured) since he left Schroders to become EFA chief executive.

Private markets – such as private equity and private credit – have seen strong growth in recent years and this has benefitted a number of specialist administrators who are independent of the huge custody banks that also offer fund administration.

Jauquet was formerly head of private equity and real estate administration at Credit Suisse’s fund services unit in Luxembourg and two of his team from there join him.

Fessey said: “We are committed to investing in people and technology in this growth area and to provide our clients with excellent private asset services across the entire spectrum of private asset types, in fund and non-fund vehicles, and in regulated and non-regulated formats, in Luxembourg and in other domiciles.”

EFA announced his appointment in September last year in a move that surprised many in Luxembourg’s fund-services circles, given the contrasting profiles of EFA and his former employer.

Fessey has recently completed six months at the helm of EFA, which has €125.6 billion of assets under administration (at end-2017).

The former Credit Suisse team will join EFA on August 1.

Jauquet said the team would put its expertise and energy into building EFA’s private assets business and into making the firm “reference” among private asset services.