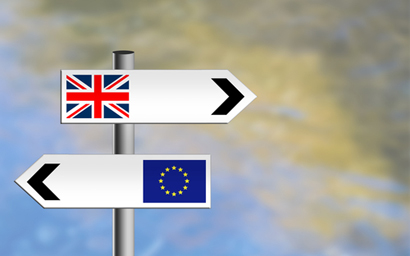 Luxembourg’s financial regulator has ordered financial institutions in the Grand Duchy to prepare for a “no deal” Brexit by taking “immediate practical steps to prepare for Brexit” and to inform their clients of the potential risks.

The Commission de Surveillance du Secteur Financier (CSSF) said yesterday that firms would have to implement measures outlined in an opinion from the European Banking Authority (EBA) two weeks ago which concluded that financial firms’ preparations for Brexit are “inadequate”.

The CSSF said it would contact financial institutions “to ensure that the appropriate steps” are complied with.

The EBA’s warning was issued almost exactly two years after the UK voted in a referendum to leave the European Union and nine months before the UK is due to exit the 28-member bloc in March next year.

The EBA, Europe’s top banking regulator, said that major banks should now plan ahead on the assumption that Britain crashes out next year without a deal.

Although a 21-month provisional transitional agreement was agreed in March this year, this would need to be ratified in any final deal.

Last week, the UK government for the first time agreed that services would be excluded from any future trade deal.

Richard Marshall, head of product at Luxembourg-based third-party management company FundRock, said: “It is interesting that a prominent regulator like the CSSF is now actively talking about a no-deal Brexit.

“While a no-deal is probably unlikely, the percentage chance it could happen seems to be growing by the day.

“The UK government is simply a shambles at the moment. There a lot of companies out there which simply have put all their eggs in the basket of a transition deal happening to buy them time.

“That goes both ways in the sense of EU investors invested in UK funds and UK investors in EU funds.”

Marshall added that he does not believe regulators are scaremongering in order to attract more business to their jurisdictions.

“I honestly think they just want to see the best and least disruptive outcome for the industry,” he said.