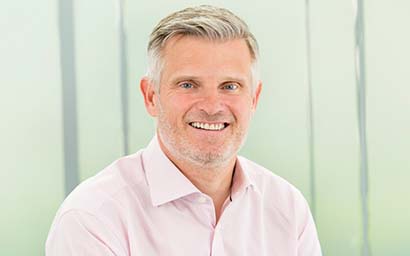 Legal and General Investment Management (LGIM) has expanded the board of its Irish management company, LGIM Europe, with three appointments.

Lee Toms (pictured), who will be non-executive director, is joined by Volker Kurr and John Craven with immediate effect, bringing the total to seven board directors. Craven will be taking over from Siobhan Boylan, who left the firm last year, whilst the other two roles are newly-created.

According to LGIM Europe chief executive Eve Finn, “Europe remains a key strategic focus” for the firm, one of the largest asset managers in the world.

“We have the necessary experience and infrastructure in place to support our growth in the region, and to ensure we can continue to service our clients across Europe, regardless of the outcome of negotiations around the UK’s exit from the European Union,” Finn said.

Kurr, appointed as head of European institutional in September 2017 after four years at LGIM, and Craven, who joined the group in 2005, will take up the positions of executive directors on the board.

In May last year, LGIM Europe received authorisation from the Central Bank of Ireland (CBI) to manage its Ucits and alternative investment funds based in the European Union.

In March, the asset manager was also granted permission to include portfolio management. Its Dublin office now has more than 20 employees working across various functions including distribution, finance, risk and compliance, legal and investment management, according to LGIM.