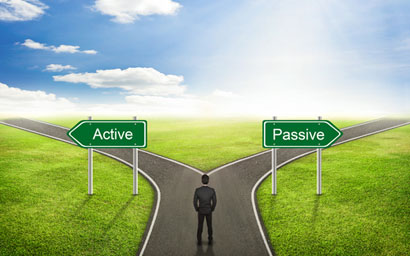 European investors voted with their funds last year – and the result was against active managers.

Although 2016 was a “very successful” year for the European funds industry, fund data firm Thompson Reuters Lipper said 2016 “didn’t seem to be that successful for promoters of actively managed funds”.

In a report, Detlef Glow, regional head of research at Thompson Reuters Lipper, said: “Looking at the overall fund flows for the equity segment (net outflows of €28.2 billion), one may conclude that European investors have become more risk cautious and have reduced their positions in equities. A more detailed view may lead to the assumption that European investors have made a decision against actively managed equity funds and seem to favour ETFs instead.”

But Glow sounded a note of caution. For example, the flows into UK and US equity last year around the times of the Brexit vote and US election might not have represented a product trend, but have indicated that many investors were preparing to trade around market volatility using the liquidity offered by ETFs.

“It can’t be said yet that the market dynamics in the active versus passive battle have changed in Europe, even though equity ETFs were ahead for 2016. However, these flow numbers for 2016 do clearly show that ETFs are widely accepted and used products that can become a threat for actively managed products,” said Glow.

Lipper’s broader data showed that overall the industry saw net flows last year of €268.7 billion. Although this was below 2015’s record of over €368 billion, it was above the long-term average for net sales of €162.2 billion.