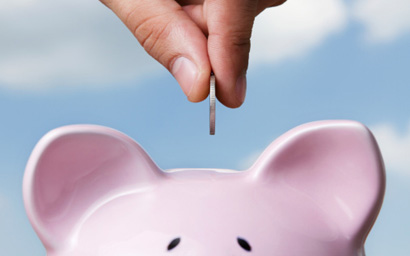 Keeping cash in bank accounts for emergencies was the most common way people managed their money, found a JP Morgan Asset Management (JPMAM) survey of over 5,000 people across ten European countries.

The firm said European savers still struggled to step out of cash despite low returns.

Self-doubt about their investment ability was a clear hurdle, with many savers saying they wanted to invest about a third of their cash savings – which have swelled in the past year - but lacked confidence to make the move.

The survey also identified a certain angst about investing, with those who did invest expressing a feeling of pressure to check their portfolios more regularly. In contrast, bank accounts were seen as less stressful.

Among the main findings of the survey – which covered the UK, countries in Southern Europe and Scandinavia, were:

Social issues such as human rights and unfair working practices were important to these investors. Environment ranked top.

JPMAM released the survey results as it promoted a new website that aims to “support conversations between professional advisers and their clients, as well as provide a one-stop-shop for the growing community of DIY investors”.

Patrick Thomson, regional chief executive at JPMAM, said the firm was committed to “providing all the tools needed to help savers understand the principles of successful, long-term investing, and to help them build effective and resilient portfolios”.

The survey further found that a significant difference between investors and savers was that more than three-quarters of investors reported having a financial plan and indicated they felt more empowered and felt more confident in reaching their goals. A third of these investors said their plan was detailed.