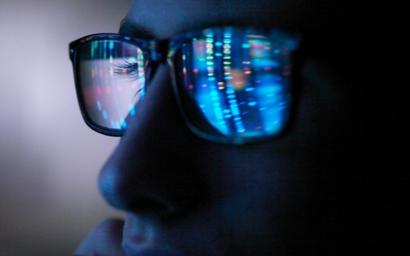 The week subsequently ended with the Dow Jones down over 2%, while Nasdaq and the S&P 500 both closed at around -2%.

Bedroom traders pushed GameStop’s share price from $20 (€16.55) on January 12 to a high of over $483 last week as they pitted themselves against hedge funds short-selling the business. The share price for GameStop closed for the weekend at $325. Last summer, the stock struggled to increase beyond five dollars.

“Just when you thought you had seen enough strangeness, you get a bunch of anonymous keyboard warriors deciding to go after short-sellers, and stranger still, succeeding,” says Matteo Cominetta, senior economist at Barings Investment Institute.

The Securities and Exchange Commission has since announced that it is monitoring the situation closely and will take action if it detects market abuse.

These small-time traders, rallied together via the internet platform Reddit, are now taking on silver. Cominetta highlights that the price of silver has soared by 20% in the last three days, following a ‘call to arms’ from Reddit user TheHappyHawaiian. Silver prices have now reached an eight-year high.

“While the price movement is paltry compared to the GameStop event, the fact that we are talking about a key commodity makes clear that the Reddit trader is a force to reckon with, and the risks to financial stability are real. Just hope your invested assets don’t get currency on a Reddit chat,” Cominetta added.

BlackRock’s iShares Silver Trust ETF reportedly drew in $1 billion of inflows on Friday, driven by the surge in private investment, while a large number of index funds are exposed to GameStop.

The meteoric rise of GameStop’s stock has been widely celebrated as a “peasant’s revolt” of retail investors against hedge funds, says Barry Norris, chief executive officer of Edinburgh-based Argonaut Capital.

“If sceptical short-sellers could be broken on the wheel of a popular buying frenzy, then this would not only be symbolic of a redistribution of wealth, but also power.”

But, he adds, while this is a “seductive” narrative, it is “deeply flawed”.

Norris points out that although the price of any asset can be manipulated in the short-term, ultimately an investment made solely on price momentum requires incremental buyers at ever-higher prices.

It is a matter of when and not if these will dry up for Norris, and when they do, the stock will come crashing down.

Regardless, since the retail assault on Wall Street, short-sellers have since lost billions of dollars, points out David Morrison, market analyst at online trading platform Trade Nation.

“But there’s scant sympathy for them,” he says. “The whole business is seen as a trump for the little traders, the Robinhood account holders who use Reddit to get their financial information. On the other side is the Wall Street players who would happily see GameStop go out of business and people lose their jobs if it brought from a profit.”

For Nicolas Roth, head of alternative assets at Swiss financial services firm REYL & Cie, it is wrong to characterise this trade as “an angry mob of pyjama traders fighting against hedge funds or careless retail investors”.

“The situation is more sophisticated than this and the trade is a fine piece of financial engineering, with catalysts and knowledge of the particular situation of all parties involved,” he tells Funds Europe.

According to him, Reddit’s ‘wallstreetbets’ community identified a short weakness in the market: large short concentration in a small cap stock – GameStop – with low liquidity.

“The same community identified that a number of blue chip hedge funds, including Melvin Capital, have built a short position that was not massive at the hedge fund level, but massive compared to the free float and to the short interest of the GameStop – so the hedge fund position was probably ‘over confident’.”

Paul O’ Connor, head of multi-asset at Janus Henderson, argues that although the “chaos” in GameStop and related areas has “blown some of the froth” of equity markets, it is no gamechanger.

“While these brawls between retail speculators and hedge funds have been distracting and at times entertaining, we see them more as being localised tussles over a few highly-contested stocks (with high short interest and options exposures) than something with broader or enduring market significance,” he says.

“The overall impact on long-only investors, quant funds and macro investors has been modest. Spillovers to credit markets, commodities and FX have been inconsequential. Regulators will undoubtedly examine recent developments here and might well take some remedial actions but we see this as being a US story, rather than a global one.”