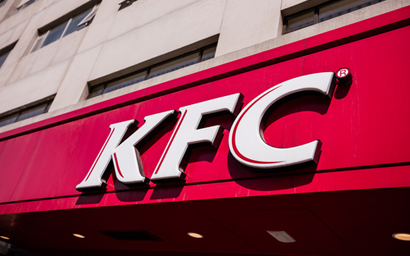 Investors with $2 trillion (€1.86 trillion) of assets under management have managed to get some of the largest fast food restaurant chains to commit to monitoring antibiotic usage in their meat supply chains.

The group – which includes Aviva Investors, Aegon Asset Management, and the Stratchclyde Pension Fund in Scotland – has challenged the likes of McDonald’s, Wetherspoon and others including the owner of Kentucky Fried Chicken, Yum! Brands, to say what they are doing to prevent antibiotic resistance in humans.

There is a link between portfolio values and the threat of antibiotics becoming useless, the group says.

Richard Keery, investment manager at the Strathclyde Pension Fund said: “There is a growing public focus on rising levels of antibiotic resistance and the risks it poses to public health systems and ultimately to portfolio value.”

The coalition’s report details a 12-month engagement with ten fast food producers to stop the "dangerous levels of antibiotics administered to pigs, cattle and other livestock”. The report is launched at an event at BlackRock's offices in New York today.

The report shows that 70% of companies had adopted either a comprehensive or partial policy for more responsible antibiotic use in poultry, up from 50% in March 2016.

Eighty per cent of companies reported they were now actively engaging with suppliers to monitor antibiotic usage. Yum! Brands was the only company that ignored a request for further information, the group said.

None of the companies surveyed had developed fully comprehensive, publicly available antibiotics policies to cover their entire livestock supply chain.

Keery added that antibiotic resistance was gaining traction as an “important” investment risk factor and that pension funds and asset managers in the investor coalition will be “watching closely” to see what further reductions in antibiotic use can be made.

Changing regulations are cited in the report, entitled ‘The restaurant sector and antibiotic risk’.  There is potential new EU legislation that would ban routine preventative use of antibiotics on farms, the report says.

The report also highlights new analysis from a Cambridge University-backed study reinforcing scientific opinion that antibiotic resistant bacteria, such as some strains of E. coli, can spread from livestock to humans via food consumption.