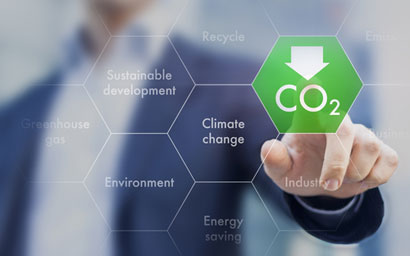 Fund giants have stepped up pressure on the energy sector following a report highlighting divergence between firms and the climate targets set out by the Paris Agreement.

Only 31 of the top 109 energy companies are aligned with the emission reduction pledges made by national governments in the Paris Agreement. Out of these, Royal Dutch Shell and Repsol are the only two oil and gas companies.

These firms don’ t have a policy commitment on climate action, according to the report. In some cases they also didn’t recognise climate change as a relevant risk.

TPI – supported by more than 50 investors with $15 trillion in assets under management – assessed the carbon performance of 50 oil and gas companies, and 59 electric utilities.

Despite claims made by many oil and gas firms to be tackling climate change, none are aligned with a pathway that would keep global warming to 2°C, as set out in the Paris Agreement.

The electricity sector fared better, with nearly 50% of electric utility companies in line with the Paris pledges, and over 20% set to meet the below 2°C benchmark. EDF, E.ON, Exelon, Innogy, Ørsted and PG&E are projected to reach nearly zero carbon by 2030.

In terms of corporate governance of climate risk, out of 135 leading oil and gas, electric and coal mining firms, coal was found to be the overall worst performing sector.

“The large and growing gap between government targets and company ambitions is a major source of investment risk,” said BNP Paribas Asset Management in a statement.

Carola van Lamoen, head of active ownership at Dutch-based Robeco, one of the firms backing the initiative, said there was significant room for improvement in the quality of management of climate-related issues by energy companies.

“We believe that investors should use their voice to hold top management of investee companies accountable for incorporating climate-related issues in their corporate strategy,” she said.

Another recent report backed by investors found that the climate commitments of food giants have been put in doubt by their suppliers.

Nearly 80% of major meat, fish, and dairy producers do not measure all greenhouse gas emissions and do not have meaningful targets to reduce them, which is said to undermine the pledges that High Street brands’ have made to the environment, according to the study backed by a group of fund managers controlling $16 trillion (€14.5 trillion) of assets under management.