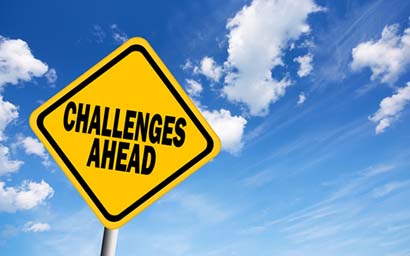 Many global investors have taken out protection against a fall in equity markets over the next three months.

Over one-third of investors that responded to the monthly ‘Fund manager survey’ by Bank of America Merrill Lynch (BoAML) took out the protection. This was the highest level in survey history.

Nevertheless, two-thirds of those surveyed did not expect a global recession until the second half of 2020 or later – and there was good news for Europe.

Although European fund managers maintained above-average cash allocations of 4.7%, BoAML also found that after nearly 12 months of neglect, global investor intentions to own European stocks slightly increased to a net 6% positive - the strongest read since May last year.

Further, a net 14% of EU fund managers expected European growth to improve over the next 12 months, also the highest in over a year.

Global profit expectations continued to rebound to a nine-month high, rising 15 percentage points from the survey in April. Just 1% of investors surveyed globally said they expected profits to deteriorate in the next 12 months.

Allocations to global equities dropped six percentage points to a 11% overweight, while emerging markets remained the most preferred region, with a net 34% overweight. The UK was the least favourite.

Allocation to bonds remained at a seven-year high, with a net 34% of investors underweight. BoAML said this stance occurred as dovish central banks and risk-off sentiment drove interest rates lower.

Michael Hartnett, chief investment strategist at BoAML, said: “Investors see little reason to ‘buy in May’ unless the 3Cs – credit, the consumer, and China – quickly surprise to the upside.”

The survey had 320 respondents globally.