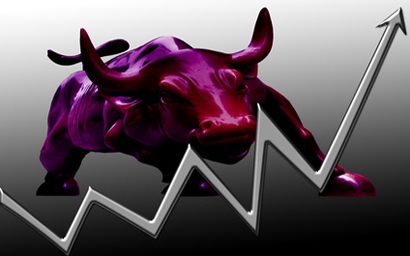 The improving outlook for the global economy among fund managers is reflected in the latest Bank of America Merrill Lynch (BoAML) fund manager survey for January.

A larger percentage of fund managers expected global economic growth over the next year compared to the December survey. More fund managers also expect corporate profits to increase, which should be supportive of equities.

The survey showed that global growth expectations jumped 7 percentage points to a net 36% of those surveyed in January. This is the highest level since February 2018.

There are higher expectations for global corporate profits. Expectations showed a “surge” of 14 percentage points from December, with a net 27% of fund managers saying they expect profits to improve over the next 12 months. This is the highest level since March 2018.

Fund manager cash levels remained at 4.2% for the third month in a row, the lowest level since March 2013, while allocations to global equities increases 1 percentage point to net 32% overweight, a 17-month high.

Global equity allocation has risen from net 12% underweight to net 32% overweight since August 2019, the biggest jump in equity positioning since 2011, but still below the net 50% overweight level seen in prior market tops, according to BoAML.

The survey had 202 participants.