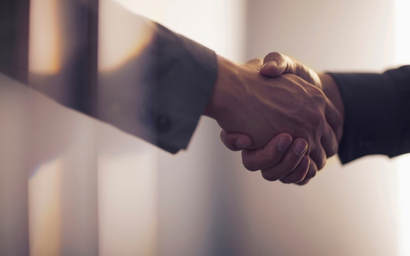 He took on the role of global CIO and head of the investment division in 2018 and had a contract until 2024, but the company has now announced he will depart at the end of 2022.

It follows other top management changes in the summer, including the resignation of the group’s CEO Asoka Woehrmann, after its offices in Frankfurt were raided on suspicions of greenwashing.

The department’s operations will continue under new chief investment officer Bjorn Jesch and asset class officers who will report to CEO Stefan Hoops.

Hoops said: "Stefan and I have known each other for more than ten years.

“We have worked together intensively, and I have come to appreciate him as a colleague and partner.

“I’m very grateful to him for his commitment and sense of responsibility.

"He has created a strong leadership team and ensured DWS' investment expertise rests on several shoulders.”

Jesch was appointed global chief investment officer in September, with Fiona Bassett taking over as head of their newly-created systematic solutions and implementation platform.

Vincenzo Vedda is now in charge of a new division which has combined the active equity and fixed income asset classes.

Karl von Rohr, chairman of DWS’ supervisory board, added: “Under Stefan’s leadership, DWS' portfolio managers have outperformed the competition many times, creating value for our clients.

“We thank him for his contribution, regret his departure, and wish him all the best and much success for his professional and private future.”