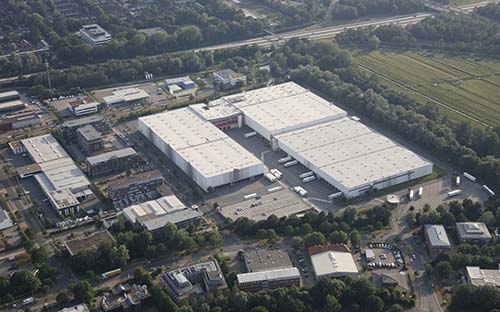 Fund managers Invesco and Barings have each acquired logistics assets in Germany and Italy respectively.

US-headquartered Barings has bought two prime logistics centres in Milan on behalf of an unnamed institutional investor, whilst Invesco has acquired a large-scale food logistics hub in Bremen, north Germany. The value of the acquisitions has not been disclosed.

For Barings, the deals bring its logistics transactions total to over €600 million. Both properties in Milan are fully-let with long-term leases and are well-connected to the rest of Italy, according to the firm.

The acquisitions are part of Barings’ expansion plans in the logistics sector. Its target countries also include Finland, Sweden, the Netherlands, Germany, UK, France, and Spain.

Invesco’s purchase of Haferwende 5 in Bremen is also fully occupied on a recently long lease by Metro Logistics Germany GmbH.

Tina Kroll, associate director – transactions for Germany, Austria and Netherlands at Invesco, said: “The fact the asset can be used to serve the food sector, due to chilled and frozen storage zones, provides further stability, as food industry has become a major driver of this region and is one of the sectors most insulated from macroeconomic volatility.”