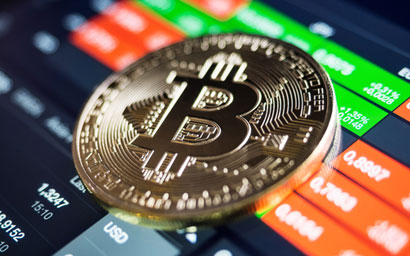 Institutional investors and wealth managers who have experimented with crypto markets expect to increase exposure, according to research.

An international survey of 100 institutions and wealth managers found 82% will increase holdings of cryptocurrencies and digital assets.

Anatoly Crachilov, chief executive of Nickel Digital Asset Management, which commissioned the research, said: “The number of institutional investors and corporates holding bitcoin and other cryptoassets is growing and their confidence in the asset class is also increasing.

“Our analysis at the start of June this year revealed that 19 listed companies with a market cap of over $1 trillion had around $6.5 billion invested in bitcoin, having originally spent $4.3 billion buying the cryptocurrency.

“We also found a staggering $43.2 billion worth of bitcoin is held through various bitcoin closed-ended trusts and exchange-traded products.”

40% of millennials want cryptocurrencies in their pensions

Other key findings about investment in these assets from the research include:

Fifty institutional investors and 50 wealth managers from the US, UK, France, Germany, and the UAE were surveyed.