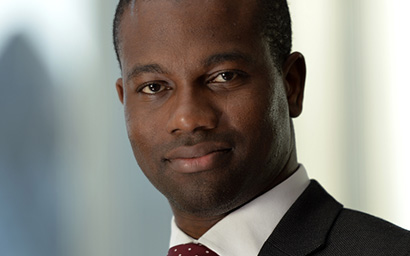 In conjunction with the #talkaboutblack movement, UK trade body the Investment Association (IA) has published a report detailing the experiences of black professionals in the investment management industry – and the results are far from positive.

Less than 1% of investment managers in the UK are black, despite people identifying as black comprising of 3% of the country’s population, which increases to 13% in London where the majority of the UK’s fund management workforce is based.

Around a third of those surveyed said it was difficult for young black people to find work in investment management, while 40% of black professionals said their firms do not have policies that support the recruitment or progression of black employees. Over half said they have no black role models at work.

In an effort to tackle the lack of black representation in the industry, the IA has launched a diversity drive to increase the number of black asset managers in the UK.

An Equality and Human Rights Commission report published in 2016 and cited in the IA study also found that African, Caribbean, or black people are also much less likely to be found in senior positions.

“It has long been taboo to discuss ethnicity, yet change can only come about once we have these conversations,” said Justin Onuekwusi (pictured), head of multi-asset funds at Legal & General Investment Management, on behalf of #talkaboutblack.

“We created #talkaboutblack as a platform to not only discuss the challenges faced by our black colleagues, but to also come up with solutions.”

The IA report outlines ten steps for employers and employees to “help increase the number of black employees within the industry, support their career progression, and ensure that their voices are heard.

The main points include:

According to the IA, the acronym Bame, which stands for black, Asian and minority ethnic people, “currently masks the different experiences and varying representations of ethnic groups”.

Many people “prefer to be described as being black, not Bame”, the IA said. The experience of a black person in the workforce may not be the same as an Asian person.

Across many industries, Asian people are seen to be “better represented than black people” the report said. This leads “many black people to feel the real problem is being masked or not talked about.”

One professional who took part in the report said: “I’d ban the term Bame. It makes it easy to lump anyone with pigment in their skin together. That’s really insulting.”

“Building a diverse and inclusive industry requires self-reflection and honesty.”

The IA ‘Black Voices’ report can be found here. The data is based on 173 responses from professionals in the investment management industry who identify as “black or black british” and “mixed – black with any other ethnic group”.