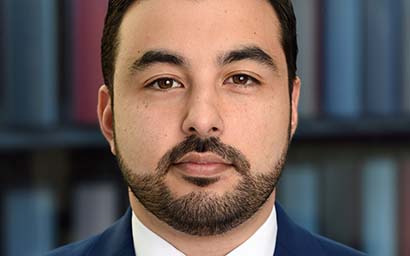 Krishan Gopaul, a senior analyst at the World Gold Council, looks at how Covid-19 drove gold to new record prices, but also how the pandemic led to gold seeing its worst start to the year in a decade.

Just over a year from the first UK lockdown, Covid-19 has upended day-to-day life and financial markets on an unprecedented scale. And the gold market was not immune. The last twelve months have been a rollercoaster for the asset class, categorised by a series of records triggered by the pandemic. Despite this, the benefits of gold have been borne out.

Clearly, at a time of such market turmoil, gold has spent much of the last 12 months fulfilling its traditional role as a hedge against uncertainty. In many ways, the pandemic drove gold to new heights as it put the asset class front and centre of investors’ minds as they sought refuge from the financial fallout. As such, investors flocked to gold-backed ETFs in 2020, with a record 877 tonnes added to global holdings, the equivalent to US$48 billion (€40 billion).

Heightened risk and uncertainty weren’t the only drivers of higher investment demand. Ultra-low interest rates, which reduced the opportunity cost of holding gold over competing assets such as bonds and fiat currencies, and fiscal expansion drove investment flows higher. The scale of these flows contributed to the gold price rocketing throughout the first three quarters of 2020, reaching a historic high of $2,067.15/oz in August.

While gold’s performance was beneficial to investors, it simultaneously caused problems elsewhere in the market. Global jewellery demand in 2020 was the weakest on record. As lockdowns were introduced across the globe at the end of Q1 2020, retail markets shut all together and this, coupled with consumers being more frugal in times of uncertainty, contributed to the overall decline in annual demand by 14% to 3,759.6t in 2020.

Bitcoin is no gold

Moreover, the total annual gold supply also took a hit and was 4% lower y-o-y (4,633t), the largest annual fall since 2013. The drop can be largely explained by pandemic-related disruption to mine production, offset by a marginal 1% increase in recycling to 1,297.4t for 2020.

While the gold price subsequently consolidated from the record high in August, following the US election and the successful development of Covid vaccines, it still returned 25% year-on-year.

But gold’s performance has been less than stellar during the first quarter of 2021. The pandemic’s gradual easing with the rollout of vaccination programmes worldwide has financial markets poised for growth again, and, as a result, the gold price has had its worst start to the year in almost a decade. However, after such record-breaking highs and with the global economy finding its feet again, this correction seemed somewhat inevitable – no bull run can or should last forever. The gold market is likely to be sanguine: even in the periods when gold’s price is not sky high, it is still useful to portfolios as a hedge especially where there is a risk of inflation.

Krishan Gopaul is senior analyst for Europe, Middle East, and Africa at the World Gold Council.