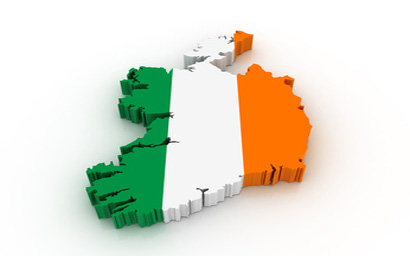 Pat Lardner, the CEO of the Irish Funds industry association, reacted to a critical regulatory report on fund governance by saying the country had "justifiably earned" a reputation as a credible fund centre.

While the regulator found the governance framework provided robust governance and oversight arrangements “when applied correctly”, the review also found that a "significant number" of the 358 fund managers licensed in Ireland have failed to implement the framework in full and could only evidence limited changes since guidance was previously given.

Lardner said the CBI’s findings were “demonstrable evidence that Ireland takes substance and governance seriously and that it has justifiably earned its reputation as one of the most robust and credible international regulatory regimes”.

“Moreover, the extensive analysis and scrutiny which the CBI have undertaken over the last 18 months has importantly confirmed that the CP86 framework is appropriate and fit for purpose.”

When publishing the report on Tuesday, Derville Rowland, director general of financial conduct at the CBI, said: “The lack of attention to issues that affect good governance is unacceptable and raises serious concern for the Central Bank. It is particularly concerning in light of the increasingly complex landscape in which firms operate.”

In his statement, also on Tuesday, Lardner said Irish Funds appreciated the “time and effort which CBI are devoting to ensuring that ours is a world-leading framework which continues to deliver better outcomes for investors. This is demonstrated by successful compliance by the large number of recently authorised FMCs [fund management companies] and we encourage all FMC members to actively assess their operations in the context of today’s findings”.

He said the industry in Ireland takes the effectiveness of governance and oversight seriously.

“Our industry has continually adapted, evolved and risen to the required standard over the past 30 years and will continue to do so. We look forward to working with the CBI over the coming months as firms assess the findings and incorporate the additional clarification provided by the CBI.”

Rowland said that the CBI would follow up with firms where it found specific shortcomings and will be expecting all other firms to consider the findings of the review as “a matter of priority”.