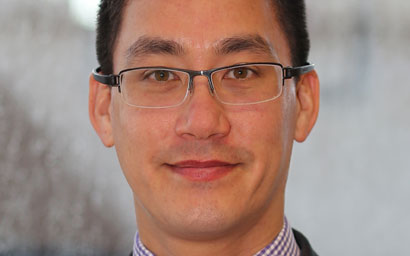 Beesley starts with Switzerland-based GAM on March 6 as head of equities, while Chris Paine (pictured), who was director of multi-asset research at Henderson, started at Schroders yesterday as a global income fund manager.

Beesley’s role is newly created and GAM said he would work with the firm’s equity teams to “optimise performance and risk” across equity products and ensure strong links with sales and marketing.

His background spans Mercury Asset Management, including when the firm was bought by Merrill Lynch and became Merrill Lynch Investment Managers in 1997.

Alexander S. Friedman, GAM’s group CEO, said: “We are excited to welcome Matthew Beesley, a world class head of equities, to the group.”

Paine, who joins Schroders after the departure of Iain Cunningham in mid-2016. was at Henderson for over a decade and was originally a quantitative analyst and then asset allocation director before his last role.

US asset manager T. Rowe Price is also to acquire the US-domiciled Henderson High Yield Fund, the firm announced last night. Kevin Loome, manager of the fund, will join T. Rowe as part of the deal.

Henderson and Janus announced their merger in October 2016.