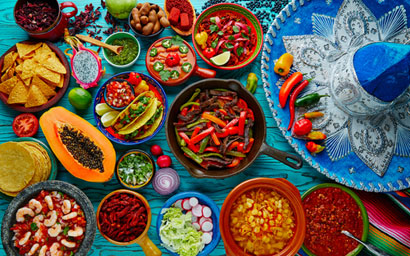 By attracting record sums of investment from hedge funds, Latin America seems to be defying the idea that Donald Trump would be a catastrophe for emerging markets, particularly those to his immediate south.

In 2016, Latin America was the biggest contributor to overall hedge fund returns than anywhere else with a gain of 27.2%.

And at the beginning of this year – as the HFRI Latin America index gained another 6.4% in January – Latin America continued to lead record flows to emerging market hedge funds, along with Russia.

Russia has been courted by Trump; Mexico defamed by him. Yet hedge fund interest in Latin America has even extended to Mexico, with at least one fund investing beyond Brazil, the region’s biggest magnet for capital.

London-based Altavista Investment Management sifted through Mexican stocks in the aftermath of the Trump election when the Mexican currency and equity markets corrected significantly on “concerns of increased protectionism and anti-Mexican rhetoric”, said Vinod Nair, who co-founded the firm in 2010.

Looking for stocks with attractive internal rates of return, Altavista found Walmex, a leading food retailer in Mexico and which Nair described as a consistent share gainer.

“Food retailers are less sensitive to the economy and tend to benefit from inflation, which is a likely consequence of the currency devaluation. The correction afforded us a chance to buy a best-in-class business at a discount,” Nair said.

At least it shows that Latin America is attracting hedge funds for ‘long’ opportunities. Hedge funds may like volatility, but at least they are not after putting a ‘big short’ on Latin America.

“However, they also understand opportunities can be created through volatility and periodic pullbacks [in various asset classes] and by combining these in hedged and convergence trades [they try] to realise the best return.”

Both long/short hedge fund investors and long-only mutual fund customers are putting money into Latin America because they are optimistic about the region.

So what about wider emerging markets? Will they continue to bounce back?

Ali Chughtai, a portfolio manager at Whard Stewart, a hedge fund that targets macro and currency opportunities, said: “2017 has started with an appreciable rally in EM [emerging market] currencies as the post-Trump victory outflows from EM have reversed…”

Chughtai said markets had reconsidered the boost to US growth from the Trump administration’s policies, which had led to US bond markets stabilising.

Chughtai added: “While EM currencies offer long-term value, this rally in EM may pause if the new administration re-affirms its stance on border tax and/or renegotiating terms of its membership of multi-lateral trade organisations.”