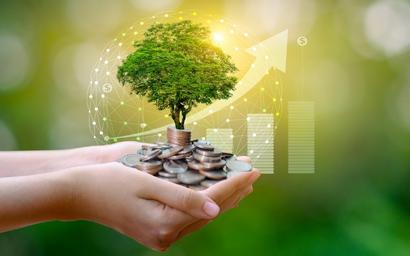 The green bonds market has hit new heights with news that $2 trillion worth has been issued since the first one came out 15 years ago.

The milestone was revealed by research from the Climate Bonds Initiative (CBI), a not-for-profit which promotes low-carbon economy investment and advises governments and regulators.

Their First Abu Dhabi Bank (FAB) backed study analysed data of self-labelled bonds aligned with the Paris Agreement issued between the mechanism’s launch in 2007 and the third quarter of 2022.

The report has been released as world leaders meet to discuss climate change solutions at the COP27 summit in Egypt.

CBI CEO Sean Kidney warned that investment in sustainable finance needs to reach at least $5 trillion over the next three years to avert a “climate catastrophe”.

He acknowledged it is an “ambitious target” but said the key to success would be a greater focus on channelling capital into emerging markets (EM), including those in the Middle East and Africa (MEA).

Kidney added: “To stand a chance of meeting the Paris Agreement’s 2050 targets, we must slash emissions in half this decade.

“This means scaling capital flows to climate causes at speed, starting with an annual $5trillion of sustainable finance being issued by 2025”.

The CBI’s analysis also focussed specifically on the MEA’s green, social and sustainability (GSS+) debt market and recorded $33.2 billion of thematic debt originating from the region.

It found that cumulative volumes are less than 1% of the global market, indicating growth potential.

He added: “Climate change is not purely a scientific challenge - it’s also an economic one.

“If we’re serious about achieving the Paris Agreement recommendations, then we’ll need an immense economic transition that includes significant investment in infrastructure and innovative technology”.