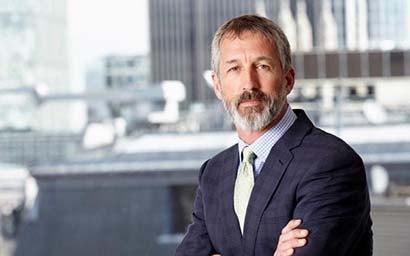 Goldman Sachs Asset Management (GSAM) is to enter the European exchange-traded fund (ETF) market, joining other US firms that have taken the same steps in the past year.

GSAM has hired Peter Thompson to become head of its European ETF business with immediate effect and expects to launch its first fund in the first half of 2019.

Thompson has rejoined GSAM to take up the role and he originally launched the firm’s US ETF business in 2015 which now has over $8 billion (€6.7 billion) in assets under management.

Thompson is based in London and has over 17 years of experience in the ETF industry. He is a founder of Source ETF, which was sold to Invesco in 2016. He has also acted as Source’s president and interim chief executive officer.

Prior to that, he spent ten years in various trading roles in Goldman Sachs’ securities division.

GSAM said the decision to enter the European ETF market was driven by client demand and that it would offer strategies similar to those in the US but tailored to European investors.

Nick Phillips, head of the international retail client business for GSAM, described Thompson as a “pioneer” in the ETF business, and added: “We see strong demand in this category and are excited to bring an innovative and cost-efficient suite of products to European clients.”