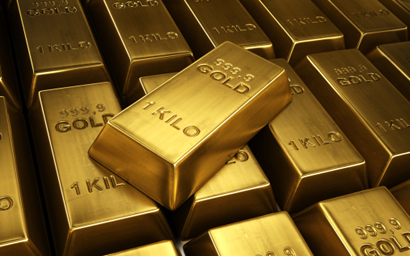 Holdings in global gold-backed exchange-traded funds (ETFs) fell across all regions in April, with net outflows reaching $2.2 billion (€2 billion) throughout the month.

The World Gold Council’s report for April found that total assets under management fell by 3% to $100 billion as the price of gold dropped 1%.

Global gold-backed ETFs have lost assets to the value of $377 million on the year, marking a change in the tide after January’s strong start.

North America led the overall outflows, seeing $1.9 billion withdrawn, making it the first month in over a year that low-cost gold-backed ETFs in the US suffered net outflows, according to the report.

“This negative trend has been influenced by bullish sentiment in the US stock market as it continues to reach new highs, implied volatility fell to pre-October 2018 levels, and the US dollar strengthened to a two-year high,” said Juan Carlos Artigas, director of investment research at the council.

Although Europe saw inflows early in the month, these were reversed with investors pulling out $257 million by the end of April. Most of these outflows came from the UK.

“While investor sentiment on the global economic outlook has improved, there are still signs of potential risks,” Artigas said, citing stretched stock valuations, political uncertainty in Europe, and unresolved trade relations between the US and China.

Expectations of financial market uncertainty, changes in monetary policy, and structural economic reforms in major gold markets will all influence gold’s performance throughout the year, according to Artigas.