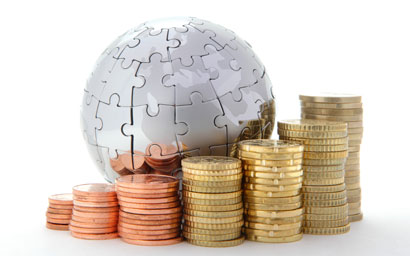 Global pension fund assets grew by an estimated 4.3% in US dollar terms last year as they made “some progress against headwinds”.

Total assets amounted to $36.4 trillion (€34 trillion) at the end of 2016, according to pension experts Willis Towers Watson’s study of 22 major markets.

However, adjusting for currency devaluations against the dollar meant pension schemes in the Eurozone fell in value by 3.6%, Switzerland by 2.8%, and the UK by 17%.

The average growth figure for pension funds over the past five years in dollar terms was 3.8% per annum. China had the highest growth, at 20.3%, and Japan the lowest with a contraction of 5.4%.

Roger Urwin, global head of investment content at Willis Towers Watson, said: “Pension funds worldwide made some progress against their headwinds in 2016. This was largely because equity markets and alternative asset classes produced gains ahead of expectations.”

Urwin added: “While funds in many countries have large pension outflows to deal with, it was encouraging to see overall asset values rise in the vast majority of countries covered in the study.”

Other findings from the study included:

Urwin said the key medium-term trends for pension funds continued to include a focus on risk; attention to governance; pensions design with DC models in the ascendant; pressure on talent; streamlining of the value chain; and integrating environmental, social, governance considerations.