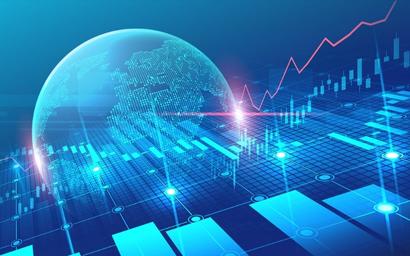 Much of Europe is already in recession, according to Daniel Morris, chief market strategist and co-head of the Investment Insight Centre at BNPP AM.

He added: “We expect one to begin in the US in the third quarter of 2023, and while China’s growth will likely not turn negative, it will be below historic levels”.

Morris said the causes are well-known, including central banks “aggressively” raising policy rates to reduce inflation, an energy shock in Europe, as well as zero-Covid policies and a “shaky” property market in China.

He predicted that Europe’s headline inflation has peaked and will return to the European Central Bank’s 2% target in 2024.

He forecast that the US Federal Reserve will raise key interest rates to between 5% and 5.25% in 2023, while in the Eurozone the key rate is likely to rise to 3%.

“We do not currently see a rate cut next year," Jesch said. "Inflation rates are expected to fall in 2023 but will still remain at a high level – 6% in the eurozone and 4.1% in the US."

“The questions of, to what extent and how quickly inflation can be pushed back and how much central banks still need to raise interest rates to do so will be the dominant theme for capital markets in the coming year,” he added.

The European fund houses making these forecasts oversee €1.3 trillion in assets between them.

Looming recession
Jesch also suggested that the looming “mild” recession in the US and Europe will be “very different” from previous downturns in growth. He cited the demographically-driven labour market in both regions, which is “robust even in a downturn”, enabling workers to keep their jobs and households to maintain income levels.

However, he cautioned that the subsequent recovery will also be very modest. Jesch forecasts growth rates of 0.3% in 2023 and 1.2% the following year for the Eurozone, and 0.4% and 1.3% for the US, respectively.

Morris agreed that in the US, the unemployment rate “may not rise very much” and said that US companies may move towards “a more European model, where employees are kept on the payroll through a recession, allowing for a swifter and smoother recovery late”.

“The response of governments to economic shocks has changed since the pandemic,” he said. “Instead of counting on automatic stabilisers, such as unemployment insurance to tide households through the downturn, governments have resorted to more direct support to mitigate any decline in income (or corporate profits).”

Sean Taylor, CIO APAC at DWS, has forecast a “significant boost” for Chinese equities, once the country begins rolling back its zero-Covid policy.

"It's not going to happen overnight, but I think we can expect to see some upside over the next year,” Taylor added, noting that elsewhere in EMs, India, Indonesia and South Korea are particularly promising.