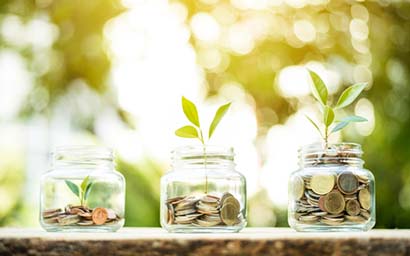 The market for sustainable funds in Germany continued to perform well in the third quarter of the year, with assets climbing to €339 billion by the end of September, accounting for 24% of total retail fund assets.

According to a recent BVI report of the market, Spezialfonds accounted for €113 billion of these assets, meaning the total volume of sustainable funds amounted to €452 billion at the end of September, a 7% increase compared to the end of June.

More than one in eight euros invested in funds by German customers was managed according to sustainability criteria, the report said.

Since the SFDR came into force in March, around three quarters of growth in sustainable funds can be accounted for in that month.

Existing products that were reclassified later on represent 9% of growth, while new business, including the contribution of newly launched funds, plays a significantly smaller role.

The report also found that sustainability is playing an increasingly important role in risk management.

A separate BVI survey recently revealed that the fund industry in Germany was well positioned to incorporate sustainability risks into their risk management processes, with more than half of asset managers reporting they currently implemented such efforts.

However, the report also found that obstacles remain.

Almost 85% of respondents still report a lack of standards for sustainability criteria, and 82% report the same of data availability and data quality.

Data sets are often only available as estimates and come at a cost from expensive providers.

Nevertheless, data providers were named the most important source of sustainability data for the fund industry, followed by internal research.