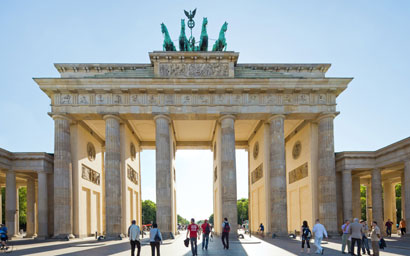 Germany’s investment funds association (BVI) has joined with other German financial services providers to complain about a delay in reviewing regulation for retail funds.

Thomas Richter, chief executive of the BVI, has been vocal about the performance scenarios contained in the key investor documents (KIDs) of funds regulated under the Packaged Retail and Insurance-based Investment Products regulation, known as Priips.

He and other industry actors have complained that the scenarios are misleading.

In a letter to Valdi Dombrovski, vice-president for the euro and social dialogue at the EC – which is penned with representatives of a number of German banks and structured product providers - Ricther and others complain about what they understand to be a year’s delay in the European Commission review of Pripps, scheduled for the end of 2018.

"The EU Commission should not postpone the review of the Priips regulation scheduled for the end of 2018. In view of the serious flaws, especially concerning the information on costs and performance, and the European Parliament elections in May 2019, the review process should start as soon as possible,” Richter said.

Without legislative measures, he said retail funds would have to offer an “inadequate” Priips KID from January 1, 2020, in addition to the Ucits key investor information document.

“It would be irresponsible towards consumers and advisors to require two documents with inconsistent information on one fund,” said Ricther.

Asked about the delay, an EC official said: “Given that the Priips implementation was delayed and only entered into force in January, it would be premature to conclude its review by the end of this year. More time will be needed to gather evidence about the functioning of the framework.”

The official added that “the European Supervisory Authorities and National Competent Authorities are focused on providing guidance to support the industry in properly applying the new framework”.