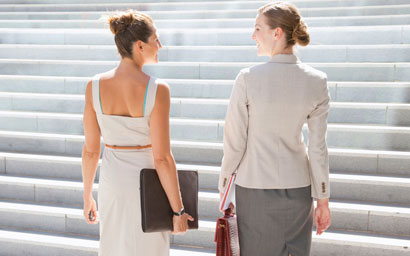 Regulatory pressure on European investment firms to improve gender diversity within their management bodies is “credit positive”, according to credit rating firm Moody’s.

Earlier in February, the European Banking Authority (EBA) called on asset managers, banks and other credit institutions to improve gender diversity at management levels following a finding that over 40% of firms had not complied with an EU directive requiring them to adopt a diversity policy.

According to the EBA, credit institutions with more women on the board are likely to be more profitable than those with single-gender boards.

Moody’s said a diverse approach to hiring and promotion, coupled with fairness in compensation are key to attracting and retaining talent and are attributes increasingly becoming indicators of asset management companies’ financial strength.

“A more diverse team is also more likely to make better business decisions and foster greater innovation and better governance, which are essential for companies to retain access to investors,” the firm added.

Moody’s singled out Standard Life Aberdeen (SLA) as an example as having set specific targets for the proportion of women employees on its board, executive management team and wider workforce. At the end of 2018, 25% of the 12 SLA board members were women. By the end of 2020, the firm aims to increase this figure to 33%.

According to Moody’s all the asset managers it rates in Europe support the principle of gender diversity.