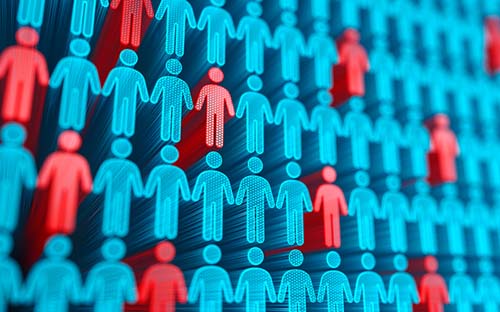 GameStop, the Texas-based video game and consumer electronics retailers, has become a celebrated name in the investment press over the past few weeks – although not for reasons it will necessarily celebrate.

We await full explanation of why Melvin Capital, and other hedge funds, sustained such large losses through shorting Gamestop shares. What hedges did they have in place to cover their short positions? And why did their risk management crumble at the hands of a seemingly low-fi stock-buying strategy coordinated over Reddit?

When short selling, a trader can buy upside protection through a call option or more sophisticated hedging strategies – to limit losses if the share price moves against them. But hedge funds were reportedly 140% short in GameStop (equivalent to 140% of company free float) and clearly did not anticipate the price impact of this coordinated action by investors.

The stop-loss arrangements, and any risk hedges they had in place, were unable to manage the surge in volatility triggered by this communitarian will to support the stock. The result was a scramble to meet margin calls and close out shorts that left these hedge funds heavily out of pocket.

Keyboard warriors: A force to be reckoned with?

It is an open question how far this was a triumph of democracy and a win for activist small investors over hedge funds, as some reporters have inferred from the story. It is likely that other professional traders and intermediaries made gains as the GameStop short squeeze set in and the share price moved upwards. And it is probable that some activist investors, who bought into a rising market, will be facing losses as the price trends back down.

Several trading platforms, including Robinhood, WeBull and eToro, enacted circuit breakers to temporarily suspend purchases in GameStop and other volatile shares such as AMC Entertainment. This was intended to let steam out of the pressure cooker. But it also reflects fear of possible criticism from financial regulators and threat of class action from retail investors claiming they did not fully understand the risks lurking in their trading books.

Based on this experience, online brokers may be forced to reconsider their stewardship responsibilities in times ahead, while also trying to appease investors demanding freedom to trade. Support for this group came from a curious alliance of policymakers­ including Republican senator Ted Cruz and progressive-wing Democrat Alexandria Ocasio-Cortez , who set aside rivalries to question Robinhood’s decision to suspend trading in GME.

“We need to know more about @RobinhoodApp’s decision to block retail investors from purchasing stock while hedge funds are freely able to trade the stock as they think fit,” said Ocasio-Cortez in a Twitter post on January 28.

Looking at the bigger picture, it will push hedge funds to reassess how they model risk when shorting stock – and it will motivate institutional investors to look even more carefully at the stability of hedge funds in which they invest.

For the retail investor, this “buy to hurt hedge funds” trade takes us into a whole new domain of investment strategy – and will require money managers to look well beyond company accounts and financial ratios when modelling risk exposure. Social media analysts and natural language processing algos are likely to play an active role in this process.