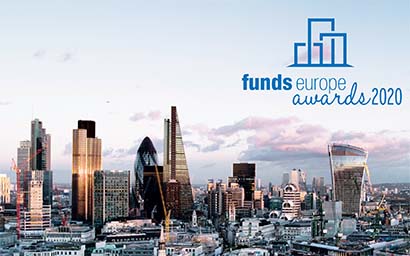 The winners were announced during a virtual ceremony hosted by Funds Europe's publisher Alan Chalmers, alongside several other distinguished guests.

Among the industry figures to be recognised were the outgoing Aberdeen Standard Investments chairman Martin Gilbert for a Lifetime Achievement award and chief executive of Federated Hermes Saker Nusseibeh, who was awarded European Personality of the Year for his passionate promotion of ESG issues.

This year also saw the first social awards to be included in the ceremony. The Janus Henderson Foundation was recognised for Outstanding Community Contribution of the Year while BlueBay Asset Management was selected for the Diversity and Inclusion Award.

“I would like to congratulate all the winners,” said Alan Chalmers. “Despite the disruption caused by the coronavirus pandemic, there were a high number of entrants in all categories in a testament to the industry’s resilience and ingenuity.

“A special thanks to our sponsors RBC Investor & Treasury Services, Milestone Group and Punter Southall Aspire for their support throughout and to our distinguished panel of judges who devoted their time, expertise and judgement in deciding on our worthy winners,” added Alan Chalmers.

The awards, now in their sixteenth year, would under normal circumstances have been taken place in their traditional venue at the Tower of London. And it is hoped that the shortlisted firms, highly commended runners-up and deserving winners can all celebrate in person at an event some time in 2021.

Finally, this will be Alan’s last time hosting the awards as he will be stepping down as publisher at the end of the year. Alan founded Funds Europe 18 years ago and we wish him the best in his next adventure.