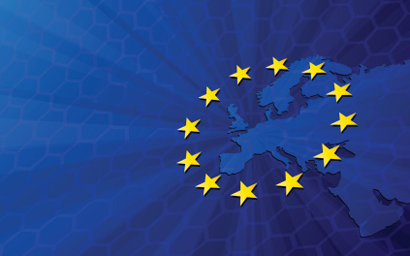 European equities have attracted greater interest from asset managers in recent weeks with at least two firms overweighting the region.

BlackRock and Pictet Asset Management increased their weighting towards European stocks earlier this year and the chief economist at BMO Global Asset Management, Steven Bell, said in January that European equities could "finally" outperform in 2017.

Vincent McEntegart, a Kames Capital fund manager, has this morning become the latest to voice some positive views for the region’s equity markets.

“The European economy is recovering, with the Eurozone’s economic surprise peaking last month at levels not seen since early 2013,” he said.

But McEntegart, who manages the Kames Diversified Monthly Income Fund, warned also that bond yields needed to keep drifting higher and companies must keep delivering on earnings if the “bond-yield inspired rotation that we have seen towards more value-oriented and cyclical sectors” is to be sustained.

Earlier this month, Richard Turnill, BlackRock’s global chief investment strategist, said BlackRock had upgraded European equities to overweight. At the time (February 7) the US dollar index had dropped to a more than two-month low, while Eurozone data pointed to “improving growth”, he said, and noted that European earnings season was about to start.

Also in early February, Martin Todd, European equities manager at Hermes Investment Management, warned that investors could be missing out on ‘bottom-up’ opportunities if they focused too much on macro instability caused by political events in Europe.

Noting that investors had pulled out up to €100 billion from active European equity funds this year, Todd said in a paper that “quantitative easing in Europe is still in its relative infancy, yet discussions are already progressing towards infrastructure spending and fiscal stimulus. Listed European companies could be well placed to benefit”.

Hermes was not concerned by European outflows and “scepticism and fear” were signals of opportunity, he wrote.

He urged investors to separate the outlook for European companies – which have already been tested by years of pressure – from macro-political events.

“Companies are not the economy or the politics of any nation, and though European businesses may operate within these overarching forces, many have the talent, resources and opportunities to adapt, restructure and innovate in order to thrive,” he said.

“Based on the combination of relatively cheap valuations and the strong potential for growth, Europe is one of the most attractive equity regions globally,” said Luca Paolini, who is chief strategist, at the time.