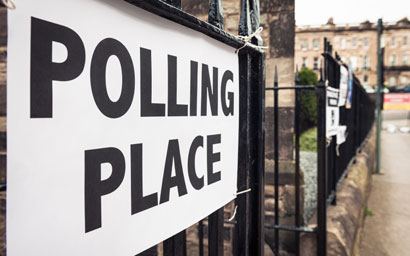 The accounting deficit of defined benefit (DB) pension schemes has fallen for the UK’s 350 largest listed companies as the country prepares to go to the polls on December 12.

At the end of October, the deficit stood at £41 billion (€48.1 billion). By the end of November, it had dropped to £38 billion, according to Mercer’s pension risk survey.

Charles Cowling, partner at Mercer, said: “The political turmoil in the UK is likely to last beyond the general election, causing continued nervousness and volatility in the markets.”

Inflation in the UK has dipped to 1.5%, and the country saw its lowest annual growth rate in a decade, according to Mercer.

“This general weakness in the economy has prompted speculation that interest rates cuts are likely in 2020. The Bank of England believes leaving the EU could lead to slower economic growth than previously forecast,” said Cowling.

The report also found a drop in liability values of £1 billion to £882 billion over the same period, whilst asset values increased £2 billion to £844 billion.

There was good news for trustees, however, according to Cowling, with current market buoyancy providing opportunities to take pension risk off the table.

“This will be a record year for the settlement of pension liabilities, with buy-out deals possibly set to break through £40 billion – smashing the previous record of £24 billion of transactions in 2018. With market volatility likely in 2020, trustees should be looking to reduce risk in pension schemes,” he said.

Mercer’s findings relate to around 50% of all UK pension schemes, and are the result of analysis into pension deficits calculated using the same approach companies have to adopt for their corporate accounts.