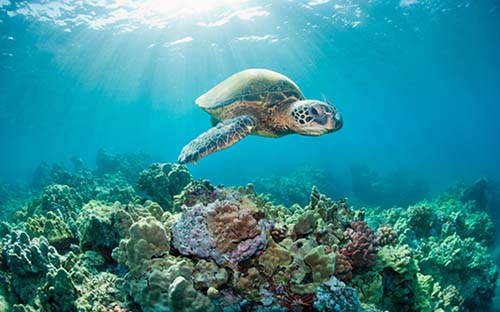 French insurer BNP Cardif has invested in an impact fund that focuses on marine and coastal projects.

Mirova, an asset manager that is part of Natixis Investment Managers, says the insurer has invested in the second close of the alternative fund, which has now reached $92 million (€83 million ) of commitments out of a targeted $100 million.

The Althelia Sustainable Ocean Fund is advised by Mirova’s subsidiary, Mirova Natural Capital, and will make “pioneering impact investments” into marine and coastal projects and enterprises that “harness the ocean’s natural capital with the objective to generate real assets, build resilience in coastal ecosystems and create sustainable economic growth and livelihoods in the ‘blue’ economy”.

The German Development Bank KFW and another French insurer, Garance, are also second-round investors. Amounts were not disclosed.

A Luxembourg ‘Sif’ – or specialist investment fund - Althelia is open until the end of the year.

The US Agency for International Development will provide loan guarantees directly to portfolio investments made by the fund, while Conservation International and the Environmental Defense Fund are strategic partners who will ensure the fund upholds the highest environmental standards, said Mirova.

Sylvain Goupille, co-founder of Mirova Natural Capital, said: “It is a very important step for Mirova and its natural capital platform; it demonstrates leadership in impact investing and natural capital investment, that we intend to build upon to reach 1 billion euros of assets under management dedicated to natural capital by 202.”

Over 3 billion people depend on fish for their primary source of protein, with more than 350 million jobs linked to the ocean through fishing, aquaculture, coastal and marine tourism.