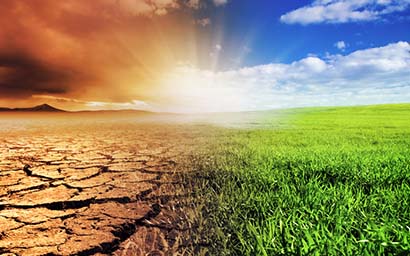 Asset manager Aviva Investors has called for a massive overhaul of the financial system to tackle climate change, with private capital playing a leading role.

The firm called for a "Bretton Woods 2.0" agreement that would shift the focus on finance from public or multilateral institutions to private finance.

The asset manager makes the call in a report to coincide with the 27th Climate Change Conference (COP 27) in Egypt and says the entire financial system could break down before the end of the century without action creating a major role for private capital.

Insurers and reinsurers are already raising premiums in the face of dramatic rises in loss events, Aviva Investors – which is owned by Aviva, an insuer – pointed out.

Mark Versey, CEO, Aviva Investors, said that despite holding approximately $510 trillion in global financial assets, financial corporations committed to their net-zero-at-scale goal could not solve the problem in isolation.

“We need key institutions in the financial architecture to accelerate delivery of the Paris Agreement and the United Nation’s Sustainable Development Goals,” he said.

The Bretton Woods Conference, officially known as the United Nations Monetary and Financial Conference, was a gathering of delegates from 44 nations that met in July 1944 at Bretton Woods, New Hampshire. The outcome was an agreement upon a system of international cooperation that would help countries recover from the aftermath of the war and foster long-term global growth.