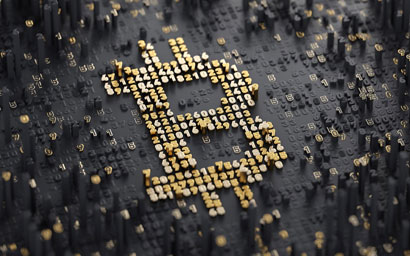 Boston-headquartered Fidelity Investments has set up a new entity to serve European institutions investing in digital assets, building upon the firm’s existing US crypto business.

Its custodian service comprises of an institutional-grade solution for bitcoin comprising vaulted cold storage and multiple security controls, both physical and cyber.

For over a year, the firm has been offering US-based customers the platform for securing, trading and supporting digital assets.

According to Tom Jessop, the firm’s head of corporate business development, and president of Fidelity Digital Assets, there has been notable interest in its digital assets business that has shown no signs of slowing down.

“We’re also encouraged by continued corporate and venture investment in market infrastructure companies as well as the entry of traditional exchanges into the digital assets ecosystem,” he said.

“These and other market indicators, alongside interest expressed from UK and European client prospects, indicate a market with increasing potential which gives us the confidence to expand the digital assets business geographically.”

The US fund giant has appointed Chris Tyrer, who led the digital assets project of Barclays Investment Bank, as head of Fidelity digital assets in Europe to support business development across the region.

Tyrer said: “The demand we’ve seen for Fidelity’s digital asset custody and trade execution services has been borderless, and we’re scaling our business to operate in a variety of jurisdictions to support this industry for the long-term.”

He added: “In doing so, we’re building on the commitment to make digitally-native assets, such as bitcoin, more accessible to institutional investors.”

ETFs: Blockchain investment is like a second go at dotcom

Fifth of UK investors' "knocked off course" by Covid

Over a million UK investors feel Covid-19 threw their finances off track, according to research by Capital Group.

The outperformance of European stocks with high ESG ratings can be as high as 12% a year - but in the US there is no outperformance attributable to ESG just yet, research suggests.