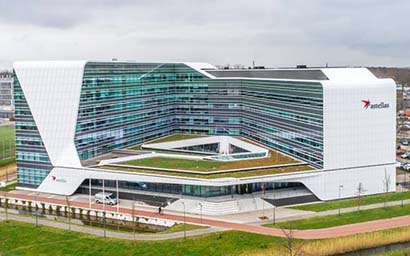 Fidelity International has bought a research and development property at Leiden Bio Science Park in the Netherlands for €54 million.

Maarten Frouws, investment manager at Fidelity International, said the Leiden Bio Science Park is one of the best developed science parks in Europe.

“This defensive investment in a growth market offers our investors a very stable return and demonstrates the shift in investor demand from mainstream real estate sectors to more thematic investments,” he added.

Mirai House, which has a surface area of around 15,000 sqm, is occupied by tenants with leases ranging from ten to 15 years, including the Netherlands Center for the Clinical advancement of Stem Cell and Gene Therapies.