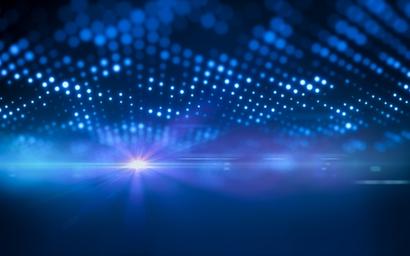 The UK markets watchdog is investigating a potential rules breach at the Bank of England after a high-speed audio feed of its press conferences was leaked to hedge funds.

A third-party supplier, so far unnamed at time of writing, reportedly hijacked the feed and sold it on to external clients giving them access to information between five and eight seconds before it was public.

The bank said that the audio feed had been “misused” by a third party to supply services to external clients since earlier in the year.

Interest rates and the financial health of banks and markets are frequent topics of discussion at these press conferences. Earlier access to this information – even just a few seconds – could give high frequency traders an advantage over their competitors, according to reports.

“This wholly unacceptable use of the audio feed was without the bank’s knowledge or consent, and is being investigated further,” the Bank said in a statement.

A spokesperson for the Financial Conduct Authority said: “We are looking into the issue.”

The Times – which broke the story – said it had seen documents detailing how the service was sold on by the third-party supplier. Access to the audio feed cost between £2,500 and £5,000 per press conference, alongside a subscription fee, it has been reported.

The bank immediately disabled the third-party supplier’s access to the feed once the breach had been identified.

“The bank operates the highest standards of information security around the release of the market sensitive decisions of its policy committees. The issue identified related only to the broadcast of press conferences that follow such statements,” it said in a statement.