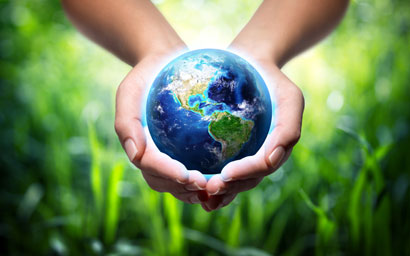 More than half of global investors felt that COP26 did not produce the outcomes required for global alignment on tackling climate change, according to a new survey by Ninety One.

The research, conducted by the asset manager among more than 5,000 investors across the UK, Italy, Germany, South Africa and the US, revealed that 57% expressed this view, compared to just 21% who felt that alignment would be achieved due to the climate summit.

Among the investors polled, 69% cited the lack of “high-profile leadership” from China and Russia as having made it even more difficult to achieve, with little difference in view across markets.

Ninety One said that the lack of engagement from China and Russia’s leaders seemed to have a direct impact, with 47% of investors agreeing it had negatively impacted their willingness to put their own wealth into net-zero investments, rising to 56% among those investors who took a “keen interest” in COP26.

The survey reported that, overall, more investors prefer an “inclusive transition approach” to achieve net-zero emissions than to divest from high-emitting countries and industries.

Ninety One asked investors in the five markets which they preferred both before and after COP26, with the results showing very differing perspectives across European countries.

In Germany, 33% of investors preferred divestment pre-COP26, slipping back slightly to 32% after the summit, while the percentage preferring to transition fell from 49% before the event, to 32% afterwards.

However, German investors who said they preferred neither approach increased from just 9% when surveyed ahead of the summit, to 25% when asked after it had taken place.

Italian investors showed an increased preference for divesting after COP26, up from 33% before the climate summit, to 40% post-summit.

Like German investors, their preference for the transition approach declined after COP26 took place, down from 54% to 48%.

In the UK, 43% of investors preferred the transition approach adopted by investment managers both before and after COP26, but saw their interest in divestment wane after the event, dropping as the preferred approach for 39% of investors, to 35%.

Hendrik du Toit, founder and CEO of Ninety One, said: “Net zero for some means no net zero at all.  To divest is irresponsible and simply demonstrates a lack of either understanding, awareness or transparency regarding the climate crisis.”

He added: “We must focus on long-term transition plans consistent with net zero by 2050 for companies and countries, not near-term reductions.”