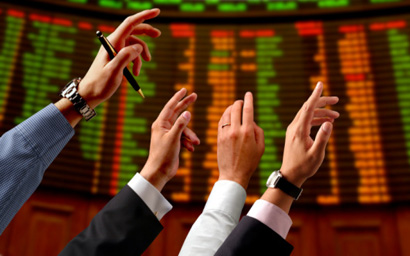 European investors have ploughed at least €65 billion into ETFs since the start of the year, figures show.

The figure, which is for net ETF inflows in Europe during the year to April 30, means the industry had 13 consecutive months of net inflows since the outbreak of the Covid-19 pandemic – including €16.3 billion in April itself.

Refinitiv data show that assets under management in Europe’s ETF industry hit another record, standing at €1,124 billion by the end of the month.

ETFs investing in stocks posted the highest net inflows across the industry in April with €10 billion. Bond ETFs took in €5.2 billion, a turning of the tide for the asset class which saw outflows in March.

Detlef Glow, regional head of research at Refinitiv, said: “These inflows occurred in a positive but volatile market environment in which investor sentiment was still impacted by the dynamics of the Covid-19 pandemic in Europe and other parts of the world.”

The top ten best-selling funds gathered a total of €4.9 billion net inflows in April. BlackRock’s iShares was the best-selling promoter in Europe with €9.7 billion of new investment, followed by Vanguard Group (€1.5 billion) and DWS’s Xtrackers (€1.1 billion).