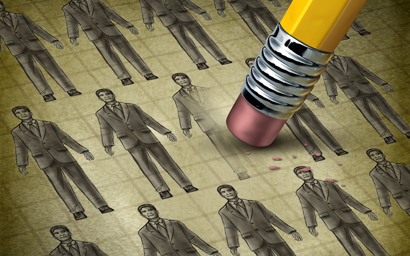 Exchange-traded funds and products provider ETF Securities has made 11 members of staff redundant from its London-based workforce of 80.

In November it was announced that the European exchange-traded commodity, currency and short-and-leveraged business of ETF Securities would be sold to the US exchange-traded product (ETP) provider WisdomTree Investments.

This week a spokesperson for ETF Securities confirmed that the sale to New York-listed WisdomTree, which is subject to regulatory approval, is still expected to complete by the end of March.

The spokesperson said that as part of the transition phase the decision to make the job cuts had been made to reflect the company’s “new strategic direction and to ensure efficiency across the business” as “certain group functions are no longer required”.

Funds Europe understands that most of the redundancies are of high-level managerial staff. The spokesperson added that chief executive Mark Weeks “currently remains with the business”, adding that no further redundancies are expected.

WisdomTree will pay $253 million (€206 million) in cash - of which $200 million is in newly-issued debt and $53 million of cash - along with a stock consideration of 30 million WisdomTree shares in return for the business, bringing the total value of the deal to $611 million.

When completed, the sale will make ETF Securities the largest shareholder in WisdomTree, with a holding of around 18%. WisdomTree is currently the seventh-largest ETF provider in the US.

The business being sold has $17.6 billion – equivalent to around €15 billion – of assets under management (AuM) spread across 307 products.

The sale will bring WisdomTree’s total AuM to $66 billion and is expected to make it the ninth largest global ETP provider.

It was also announced in November that ETF Securities’ Canvas ETF platform had been acquired by Legal & General Investment Management  (LGIM) for an undisclosed sum.

The Canvas ETF platform is made up of an Ireland-domiciled Ucits fund and a UK-based investment manager and has $2.7 billion of AuM spread across 17 equity, fixed income and commodities products.

Ten employees of the Canvas team will transfer to LGIM as part of the deal, which is also expected to complete by the end of next month.

LGIM is the UK’s largest fund manager with $1.2 trillion of AuM, of which roughly a third are index funds but none of which are ETFs.

The two deals – part of a wave of consolidation and increased competition in the asset management industry in general and the ETF space in particular – mean that all of ETF Securities’ European business will be transferred to other firms. The disposals do not though effect ETF Securities’ business in the US and Australia.