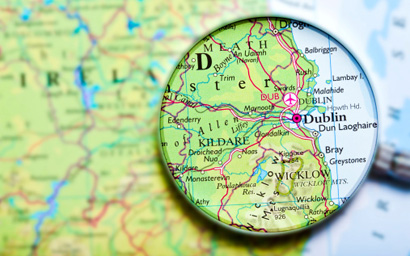 Steven Maijoor, the chairman of the European Securities and Markets Authority (Esma), has downplayed the possibility that the pan-European financial regulator could seek to restrict the delegation model as a response to Brexit.

Speaking in Brussels on Monday, Maijoor said he had been surprised by the industry response to the publication by Esma of a paper last July on post-Brexit supervisory convergence which some had interpreted as signalling that Esma would seek to restrict or even ban the delegation model for cross-border funds.

The model has, over the last 30 years, allowed cities such as Luxembourg and Dublin to transform themselves into the EU’s top hubs in which funds are based while allowing investment management to take place not only in EU financial centres such as Frankfurt, London or Paris but also, outside the EU, in Hong Kong, Singapore and New York.

Maijoor said that Esma is “not looking to question, undermine or put in doubt the delegation model”.

“We know that this is a key feature of the investment funds industry and that the flexibility to organise centres of excellence in different jurisdictions has contributed to the industry’s success,” he said. “To us delegation is not a dirty word”.

However, Maijoor added that Brexit presented “very particular challenges to Esma’s objectives” and that the UK government’s stated aim of also wanting to leave the EU single market “has led to a situation in which there is the potential for a significant shift of entities and activities from the UK to the EU27”.

He also stated that the UK’s possible departure from the single market had “triggered concerns about the risk of regulatory arbitrage between the EU27 member states seeking to attract business”.

Maijoor also reiterated that Esma needed to address the risk of “letterbox entities”, whereby a brass plaque office is peopled with a token number of staff within the European Union.

Esma had to monitor the situation, he said, as both the Ucits and the Alternative Investment Fund Managers directives required there to be sufficient substance in any entity created in an EU member state.

Richard Marshall, head of product at third-party management company Fundrock, said that the softening of the language around delegation from Esma was a welcome development.

“The investment management paper issued by Esma last July created a concern in the industry that a long-established third-country delegation model was being targeted due to the politics of Brexit rather than what should always be the real concern: protection to investors,” he said.

Marshall added that concerns over letterbox entities remained a valid concern and that “regulators should certainly make sure appropriate substance is in place”.

FundRock, which has €40 billion of assets under management, employs more than 70 people in Luxembourg.