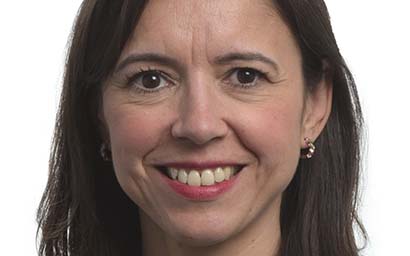 Carlota Garcia-Manas, head of engagement at Royal London Asset Management, argues that the race to transition to net zero is in danger of being nothing more than an end objective that could leave large parts of society in its wake.

One of the most positive trends we have seen in a year of substantial challenges has been a renewed focus on the fight against climate change. Efforts to stimulate economies, both domestically and globally, have had a green agenda at their centre, whilst ever increasing numbers of corporations and investors (both asset owners and managers) have publicly committed to meeting the 2050 net-zero targets set out in the Paris Agreement.

Such commitments are, of course, extremely welcome. However, as more companies, financial institutions and governments race to coalesce around a common net-zero goal, we also need to consider how we reach this in a way that doesn’t leave anyone behind.

Focusing solely on a single end objective of meeting a net-zero target is not enough. We must ensure that, at a minimum, it does not disadvantage certain elements of society.

The concept of a ‘Just Transition’ – or the commitment to consider social issues when moving to a low carbon economy – is not a new concept in and of itself. But it is imperative that corporations develop and publish specific strategies to meet net-zero goals in an inclusive manner, without exacerbating or creating new social injustices.

The utilities sector is a particularly good example of where ‘Just Transition’ considerations are applicable and necessary. The onus to transition away from fossil fuels to mitigate against climate change falls squarely on the sector’s shoulders – with electricity and heat production accounting for around 38% of emissions globally – and therefore has critical systemic importance.

This said, we are already seeing the sector undergo a rapid transformation, in no small part due to sizeable social and legislative pressure, which is already contributing to the decarbonisation of the real economy.

The Intergovernmental Panel on Climate Change (IPCC) and International Energy Agency (IEA) estimate that the utilities sector will need to decarbonise on average a decade ahead of the rest of the economy if we are to meet the Paris Agreement target. The need for urgent action and a move away from fossil fuels in favour of green electrification is therefore evident.

Yet, we must also understand that such changes cannot be made without upheaval. It is inevitable that certain parts of society will be impacted more - and more immediately - than others, and that some groups will face being disadvantaged.

There have been numerous examples of social upheaval over recent decades: the miners strikes of the 1980s; the 2018 ‘gilet jaunes’ protests against increasing petrol prices and living costs; protests and riots in Chile in 2019 in response to rising public transport costs (resulting in part from the transition to new electric bus fleets) to name a few. Even Switzerland, often perceived as something of an environmental haven, has seen specific climate change measures rejected by voters concerned over the potential economic implications (and prospect of certain social groups being disadvantaged) as the country recovers from Covid-19.

Such examples provide clear evidence of the need to incorporate social considerations alongside the transition to a green economy to avoid backlash. Despite this, however, when assessing the actions of industries in transition - including utilities companies - it is noticeable that many are overlooking the social impact of their decarbonisation strategies.

This should not just be a concern from the perspective of disadvantaging certain social groups, though this is clearly important. Failing to incorporate social impact considerations into transition planning could significantly slow the process of moving to net-zero. For example, disenfranchising certain groups might unwittingly lead to the loss of skillsets and capabilities that could play a vital role in reaching a greener future.

There are also financial implications. Failing to address social impact and limiting the effectiveness of transition strategies can impact the value of these companies, thereby affecting shareholders.

It is therefore in the interest of investors to encourage such companies to incorporate ‘Just Transition’ thinking into their long-term transition strategies, and to hold them to account when these plans fall short. Engaging on how the transition to net-zero will impact workers, communities, supply chains and end-consumers can ensure that social risks are proactively addressed and alleviated.

Engagement with companies on these issues works. A case in point is Scottish and Southern Energy (SSE) which, over the last year, has engaged with investors and industry bodies to refine its targets and alignment to the UK’s ‘Net Zero by 2050’ commitments, and review various assumptions around the use of fossil fuels, storage and energy demand. SSE has since become the first business to publish a dedicated Just Transition Strategy, outlining how it will meet its net-zero goals whilst also ensuring a positive impact on its customers, employees, suppliers and wider society.

So much is riding on the transition to a net-zero economy. However, the goal itself is not enough; we must ensure it is reached in the right place for example, the real economy) and in the right way. Indeed, there is a very strong argument to suggest that the Paris Agreement targets will only be reached if efforts are undertaken with an egalitarian mindset. Investors therefore have a critical role to play in engaging with companies to facilitate this.