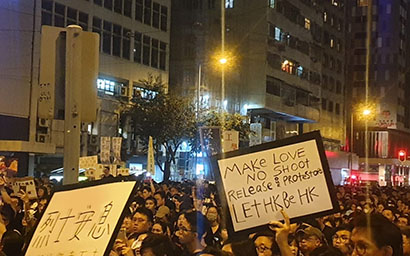 As protesters continue to take to the streets in many countries across the globe, one risk that is not being priced in is inequality, according to Gustavo Medeiros, a fixed income portfolio manager at emerging markets specialist Ashmore Group.

Not only was inequality the root cause of the 2008 mortgage debt crisis, Medeiros says, but it is also a driving force behind demonstrations in many emerging markets countries, from Lebanon to Bolivia.

In Lebanon, for example, where people have been taking to the streets since October last year, bond prices are at 30% year-to-date following a mass sell-off, while the index is up around 12%, according to Medeiros speaking to Funds Europe in December.

From our December Issue: