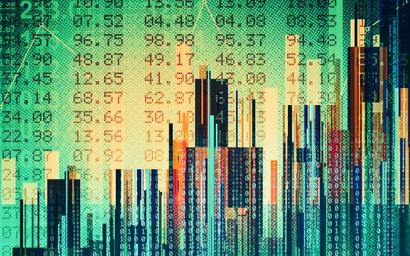 The availability of a real-time consolidated tape in Europe is critical for the success of the Capital Markets Union (CMU), the European Fund and Asset Management Association said, after discussions on real-time tape for equities investors reached an impasse in the European Parliament and Council.

EFAMA said a “broad majority of market participants”, including the sell-side and alternative trading venues, have consistently made the case for a real-time tape for equities with the inclusion of pre and post-trade data.

In a statement, the association argued the design of the tape includes “fair compensation” for data contributors, namely stock exchanges, and there is absolutely no reason for tapes to be “delayed, slow or containing anything less than live streams of data.”

Tanguy van de Werve, director general of EFAMA, said the European financial services industry worked over the past two years to help design a viable framework for the consolidated tape.

“If the use-cases for market participants on real-time data (as opposed to 1-minute or 15-minute delayed data) are not compelling enough, you would think that policymakers would be fearful of the longer term risks of failing to produce a viable tape and the missed policy objectives.

“For me it is clear that the democratisation of data, the global competitiveness of our CMU [Capital Markets Union], and the increased transparency for all investor groups, including retail, hang in the balance. I hope that these negotiations will ultimately yield a commercially viable tape that users will want to purchase,” he added.

The push for real-time data follows a 2019 European Securities and Markets Authority review into MiFID II, stating it has “not delivered on its objective to reduce the cost of market data charged by trading venues and Approved Publication Arrangements (APAs).”

EFAMA stated that the failure to produce such a tape will “hinder growth in the CMU” and will “institutionalise a weakness” across the bloc.

“We are surprised that real-time data delivery should even be contested, given that industry’s position has been recognised and supported by the European Parliament on this topic, and by the European Commission proposal itself,” the statement added.

“A real-time tape also enables more accurate risk and liquidity management. This is especially important in volatile times, where we want to make the best decisions on the market through the best information. In order to remain competitive and form a strong capital market union in Europe, we must provide investors with a real-time tape,” he added.

In May, EFAMA published a position paper outlining the key principles needed to create an EU-wide consolidated tape, stating that the revenue-sharing model should include all contributors while contributions of pre- and post-trade data should be mandatory.

The CMU initiative was launched by then-European Commission president Jean-Claude Junker in 2014, with the ambition of creating a single market for capital across the EU by the end of 2019.