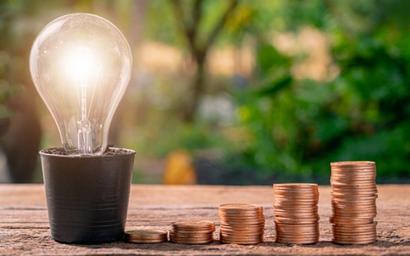 The European Central Bank (ECB) is to green its stock of corporate and public sector bond holdings as part of a broader effort to meet Paris objective targets.

In a speech at the International Symposium on Central Bank Independence in Stockholm, ECB board member Isabel Schnabel said the bank was falling short of meeting climate goals and changes to its bond holdings and lending operations will spur changes across fixed income markets.

The ECB owns around €345 billion of corporate bonds and trillions of sovereigns and sub-nationals, according to the Anthropocene Fixed Income Institute (AFII), making it one of the most significant players within European markets.

“Although our current actions in relation to climate change are ambitious, they are still falling short of the Paris objectives as they are not sufficient to ensure a decarbonisation trajectory that is consistent with carbon neutrality of our operations by 2050,” Schnabel said.

The ECB will now steer public sector bond holdings toward green products by switching from government curves to SSAs in times when few green bonds are available.

Should there be sufficient volume, the ECB will switch from government grey bonds to green bonds

Analysis from the AFII said the move would drive a further push to green within the sovereign, supranational and agency debt (SSA) space and likely reduce exposure to non-Paris aligned issuers.

When undertaking reinvestment of matured bonds, the ECB will now lean towards climate-aligned products and issuers. Schnabel said the bank needs to move from a flow-based to a stock-based tilting approach to better embed climate management within its portfolios.

“This means that absent any reinvestments, actively reshuffling the portfolio towards greener issuers would need to be considered,” she said.

The AFII welcomed the ECB’s direction, saying it represents a “paradigm shift” in central bank climate policy and goes some way in addressing longstanding concerns regarding the ECB’s approach to facilitating decarbonisation across the continent.