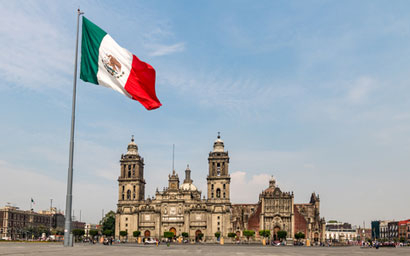 Wealth adviser deVere Group is recruiting for an expansion plan in Latin America that starts with the relaunch of a business in Mexico City.

The firm said it would be recruiting some top financial advisers and ambitious graduates to support its ambition.

The expansion starts in Mexico where deVere will operate under the Acuma deVere brand, headed by the recently appointed senior area manager, Aaron Vickery.

Vickery has worked in Mexico for deVere before. A spokesperson for the firm said deVere had previously withdrawn from Mexico some years ago because of recruitment issues, which had now been overcome.

Nigel Green, deVere founder and chief executive, said the Mexico City launch resulted from a strategic review and that plans for the region were driven by an ongoing and growing client demand for its specialist cross-border financial advice.

Meanwhile, Vickery said: “Professionally, it’s great to be in Mexico City in our industry now. It’s one of the world’s most important financial hubs and projected to be in the top-ten largest economies by 2030, ranking higher than the UK, Saudi Arabia and Canada.”

Vickery added: “The economy is forecast to grow at a steady rate over the next five years. This is fuelling demand for our financial advice from the many Latin Americans around the world who are returning here, plus it is attracting foreign firms, expats and international investors to Mexico.”

The deVere Group has $12 billion (€9.8 billion) in assets under advice.