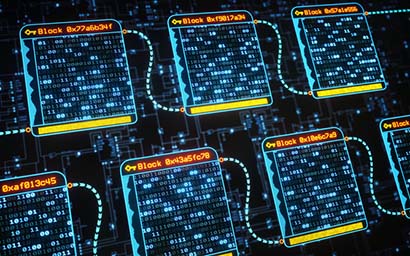 As part of the first live transactions executed using blockchain technology, ownership of a selection of German government bonds and corporate bonds was swapped between UBS and Commerzbank, with both firms using Clearstream Banking as custodian.

Other live transactions carried out on the Eurex Repo F7-trading system included a cross-custodian swap between UBS and Credit Suisse.

Ownership of a basket of corporate bonds at Clearstream Banking was exchanged with a basket of German government bonds at Euroclear bank without the need for securities to be physically moved between the collateral agents. Instead, the change of ownership was recorded on a digital collateral registry.

The launch of the platform has been called a milestone for the implementation of DLT in the securities lending market.

Jens Hachmeister, head of new markets at Deutsche Börse, said: “It proves how new technology can successfully be combined with trusted market infrastructure – and the positive reception of the model in the market speaks for itself.”

According to Peter Schmidt, co-head of repo desk treasury at Commerzbank, the platform enables treasury departments to manage their collateral pools more efficiently by reducing the settlement cycle and avoiding resource-intensive collateral movements.

“It is a first but important step toward a new ecosystem where tokenised assets can be traded in a DLT environment,” he said.